This three hour tour, focuses on the history and development of Rome during the Imperial period, roughly from the time of Julius Caesar to the fall of Rome. Using key monuments from this period, such as the Colosseum, visit from outside,  and the Imperial Forums,   you will learn about the rapid expansion of the city and the Empire.

Ancient Rome had disappeared from human view for ages,  partly as a result of liberate demolition, partly from the action of time. It was forgotten until the last decades of the fifteenth century. The Capitoline Museum, the world’s first public museum, houses an incredible collection of ancient Roman bronze and marble statues and artifact found  ten or fifteen feet below ground level.

The Capiloline Vinus, the Boy with thorn, the Equestrian Statue of Marcus Aurelius, the Dying Gaul and  the Capitoline Wolf are just some of the important pieces in the museum. 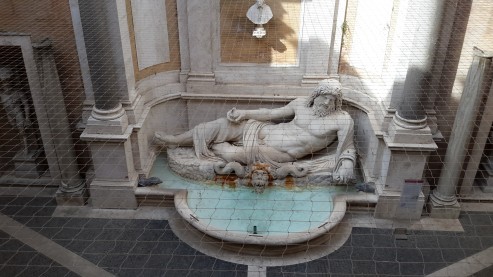