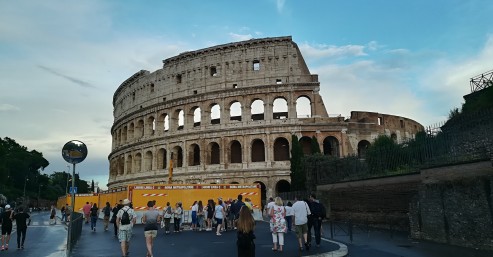 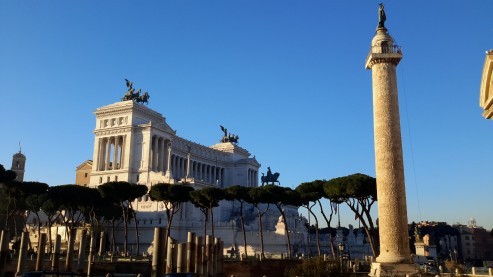 Amid the periods of turmoil in the history of the Roman Empire came the era of the Five Good Emperors. Instead of selection by dynastic succession, these five rulers were chosen and trained by their predecessors to ensure smooth, peaceful transitions of power. Among the five, Emperor Trajan  acquired the title Optimus, or “best.” It was Trajan who not only expanded the borders of the Roman Empire to their greatest extent but also governed with singular benevolence and generosity toward his subjects.

After a walk around the Coliseum,  the tour will follow the paths of the Emperor Trajan. He was a highly successful general and won three major conflicts against the Dacians and in the east, The Trajan’s Column covered with low-relief sculpture  forms a continuous narrative of the emperor’s two campaigns in Dacia.

The Trajan Markets built at one end of Trajan's Forum includes buildings that had a number of different functions, predominantly commercial. 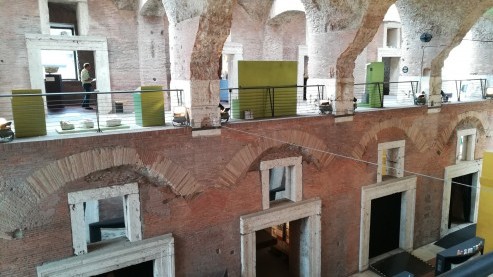